January soybeans settled at 994 ¼, up 8 ½ cents on the day which left the market up 1 cent on the week. January soybean meal settled at $330.20 up 3.70 on the day which left the market up $4.30 on the week and January soybean oil settled at 33.69 down 0.16 points on the day and is down 0.39 points on the week. The US October crush came in at 175.9 million bushels versus the average estimate of 174.3 million bushels. This also compares to 175.8 million last year and 145.3 million bushels in September. Soybean oil reserves came in at 1.626 billion pounds versus the trade estimates of 1.714 billion pounds. This also compares to last year’s 1.795 billion pounds and compared to 1.711 in September. There were 59 meal deliveries to push the month-to-date to 119 contracts. There were 279 soybean oil deliveries to push the month-to-date to 458 contracts. The EPA maintained the status quo in setting final quotas for how much refiners blend into gasoline and diesel. The mandate was set at 15 billion gallons for conventional renewable fuels (ethanol) for next year and at 2.1 billion gallons for soy based (bio-diesel) fuels in 2019. Bio-diesel producers were disappointed in the ruling hoping for quotas near 2.5 billion gallons. The EPA did bump the advanced bio-diesel quota for 2019 to 4.9 billion gallons from 4.8 billion currently. Brazil’s soybean exports for the month of November are estimated at a record of 1.88 million tonnes compared to 289,000 tonnes last year according to Annec. They see January-November exports so far at 65.3 million tonnes up 31.2% from last year. Ports are scheduled to ship 1.6 million tonnes of soybeans in December which would push the yearly total to 67.0 million tonnes compared to the USDA estimate of 65.0 million tonnes. The open interest in soybeans went up 8,608 contracts with soybean meal down 312 contracts and soybean oil up 7,290 contracts. 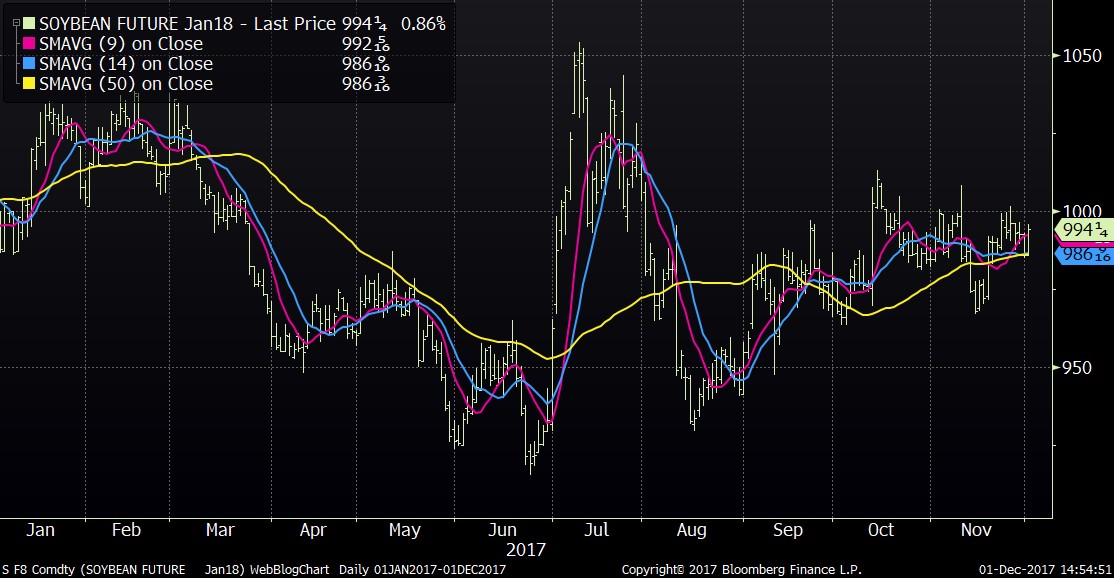 March corn settled at 358 ¾, up 3 cents on the week which left the market up 3 ¾ cents on the week and an outside week higher close. US exporters announced the sale of 130,000 tonnes of corn to Unknown destinations. There were 1,286 contracts delivered against the December corn this morning to push the total for the month to 2,490 contracts. According to Safras & Mercado Brazil’s winter corn production is seen down 10.8% at 60.7 million tonnes compared to the previous estimate of 63.7 million tonnes. Winter corn planted area is down 5.8% from last year at 10.8 million hectares. Total corn production was estimated at 90.5 million tonnes down 16.9% from last year’s 98.5 million tonnes and compared to the latest USDA estimate of 95.0 million tonnes. Chinese feed mills are rumored to have bought another four cargoes of corn in recent days as buyers continue to take advantage of cheaper US prices than domestic prices. Chinese mills have bought 13 cargoes this month with domestic prices up 3.5% on the month over concerns about the quality of old corn stocks. While China is seeing a 25 million tonne production deficit this year, the strong uptrend in usage suggests a deficit of near 45 million tonnes for the 2018/19 season. The EPA maintained the status quo in setting final quotas for how much refiners blend into gasoline and diesel. The mandate was set at 15 billion gallons for conventional renewable fuels (ethanol) for 2018 which was anticipated by the trade. The Buenos Aires Grains Exchange reported corn plantings at 38.2% complete versus 35.8% last week. The area planted was unchanged at 5.4 million hectares. The open interest in corn went down 10,259 contracts on Thursday. 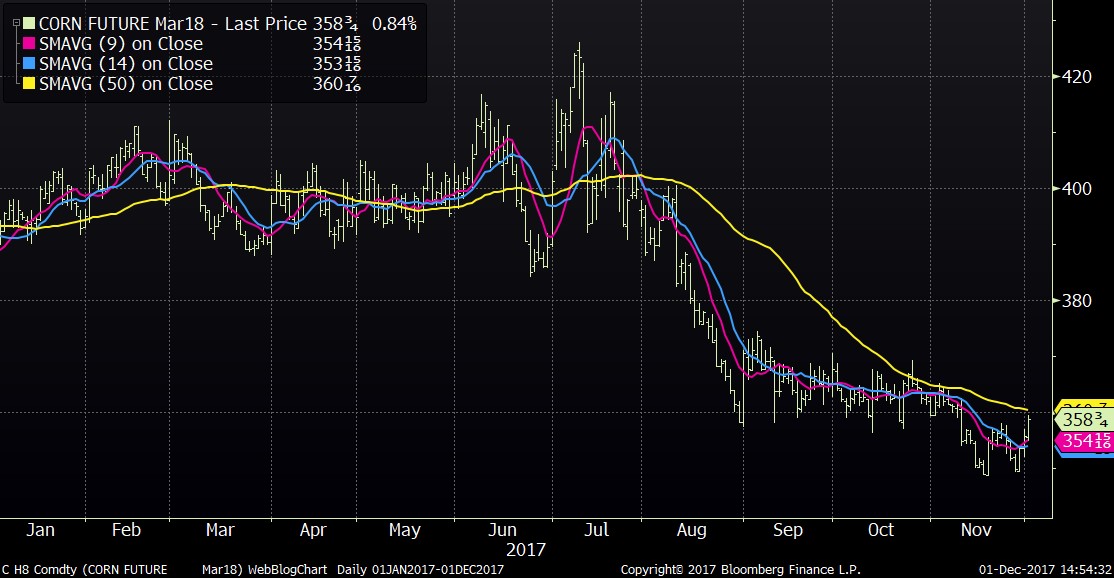 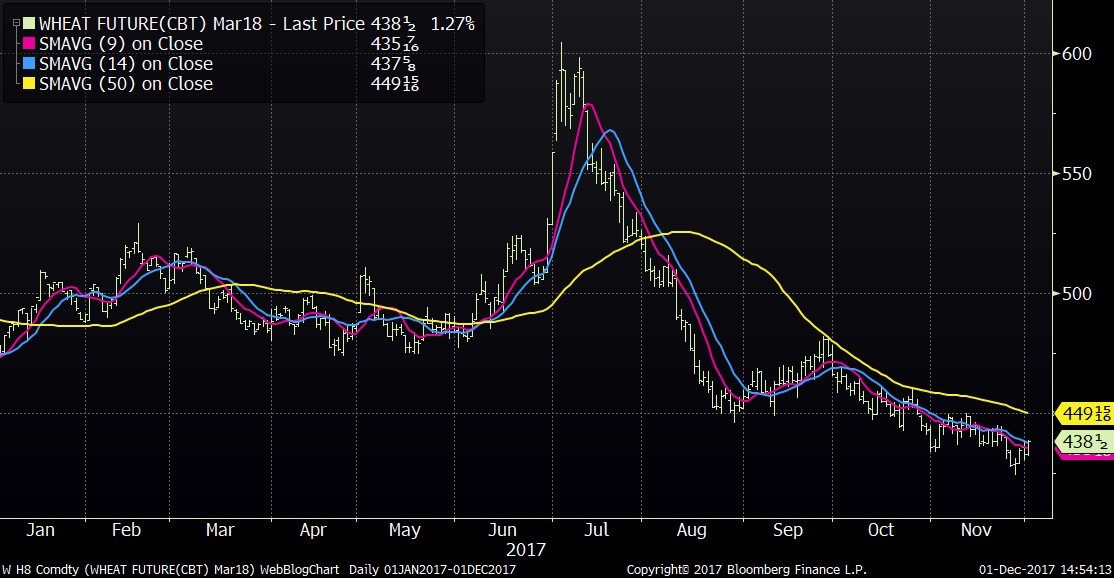