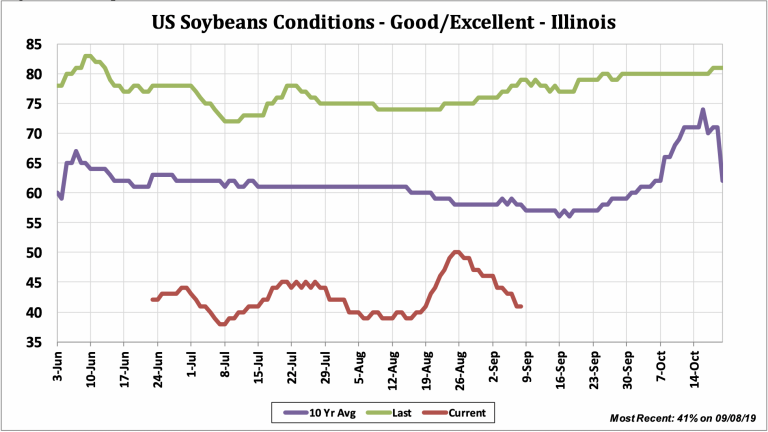 Corn dent stage is at 55% compared to the five year average of 77% and corn maturity is at 11% compared to 33% last year and the five year average of 24%. However, the NWS 6-10 and 8-14 day outlooks have above normal temperatures and normal to above normal precipitation for most of the Midwest from September 15-23 which will benefit the late developing crop. Bullish overtones are also coming from headlines in the South China Morning Post that stated China is expected to buy more US agriculture products as a good will gesture ahead of top level negotiations in October. The open interest in corn went up 18,396 contracts on Monday. 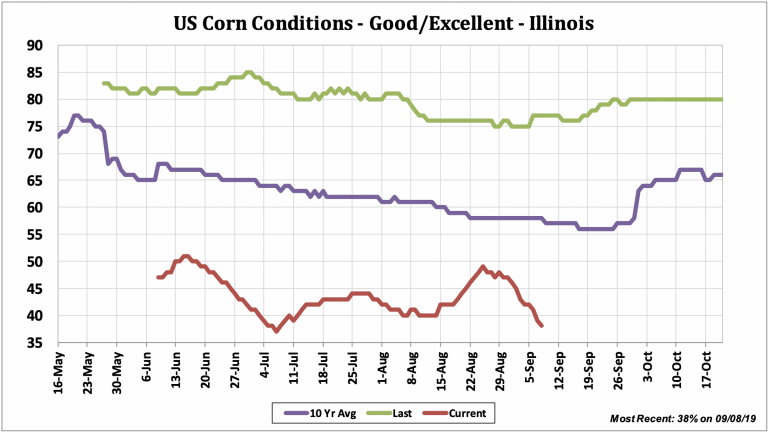 Chicago December wheat is trading at 480 ½, up 6 cents and Kansas City December is trading at 401 ¼, up 3 ¼ cents at mid-day. Strong row-crops from renewed US-China trade optimism have also sparked some short covering in all three classes of wheat today. Matif December futures settled at 170.00 Euros up over 1.0% following yesterday’s strong reversal. World wheat offers have seen a slight uptick with concerns starting to develop with Australia and Argentina’s wheat production. ABARES lowered their 2019-20 Australian wheat production estimate to 19.1 million tonnes compared to the latest USDA estimate at 21.0 million. Dryness in Argentina’s Cordoba, La Pampa and Buenos Aires wheat regions has already started to show deterioration issues.

The French Agriculture Minister raised the wheat production estimate to 39.4 million tonnes from 38.2 million previously. The barley crop was seen at 13.6 million tonnes up 1.6% from last year. Ukraine’s wheat exports exceeded 3.5 million tonnes in August according to preliminary data compiled by UkrAgroConsult. Russia shipped out 4.8 million tonnes during the month. The export data indicates a big harvest from the Black Sea region is contributing to rising global wheat inventories, which are projected to be at an all-time high for the 2019-20 season according to the USDA. The open interest in Chicago went up 8,710 contracts on Monday with Kansas City up 2,298 contracts. 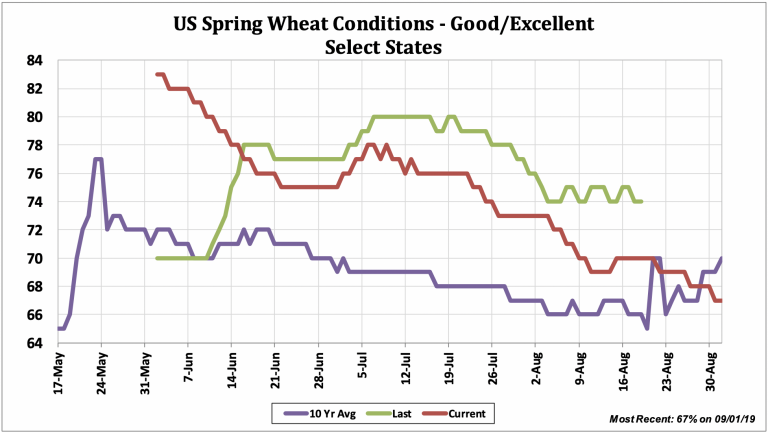