Why Are USDA Reports Important to Farmers? 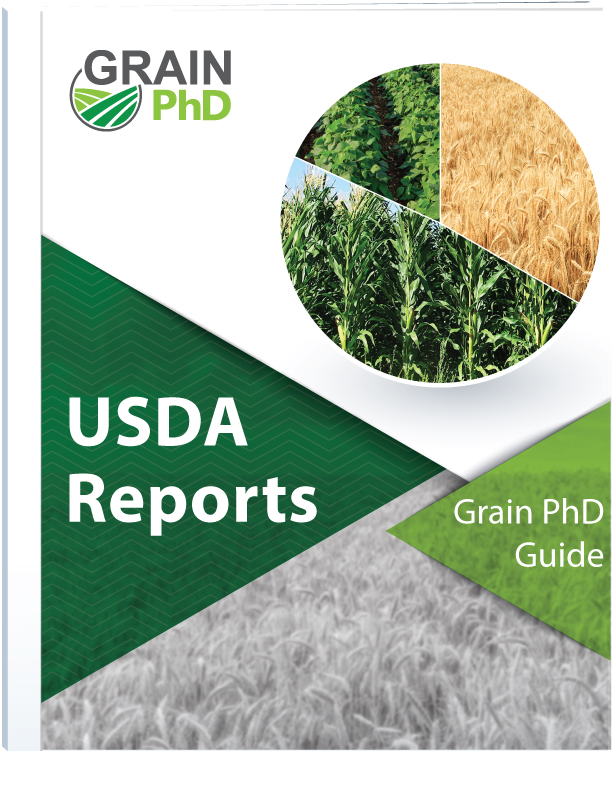 I’m sure you are aware that the USDA releases a number of reports, but do you really understand the data included and what purpose it serves?

At Grain PhD our goal is to educate farmers, and equip you with the tools and information you need to become a better grain marketer. In this article, we will focus on USDA Reports. Understanding these reports will allow you to make more educated decisions in your grain marketing.

USDA reports are closely monitored by traders, like our Grain PhD Ag Risk Specialists, and are important because they can greatly affect price direction in the grain markets. There are weekly, monthly and quarterly reports and each have a varying degree of impact.  Although different analysts calculate their numbers regarding grain fundamentals, the USDA is the official outlook.

This report shows the amount each crop was sold to a foreign country for export.  There are 2 reports, export inspections that are reported at 10 AM CST Monday and actual sales figures are released at 7:30 AM CST Thursday mornings.

USDA export estimates can change significantly from the beginning of a marketing year until the end.  Changes are often driven by changes in production in other countries that the US competes with in the global marketplace.  By following the sales pace closely we can better determine if the USDA is more likely to raise or lower their export forecast.  Changes to the export forecast have an impact on ending stocks and price discovery. 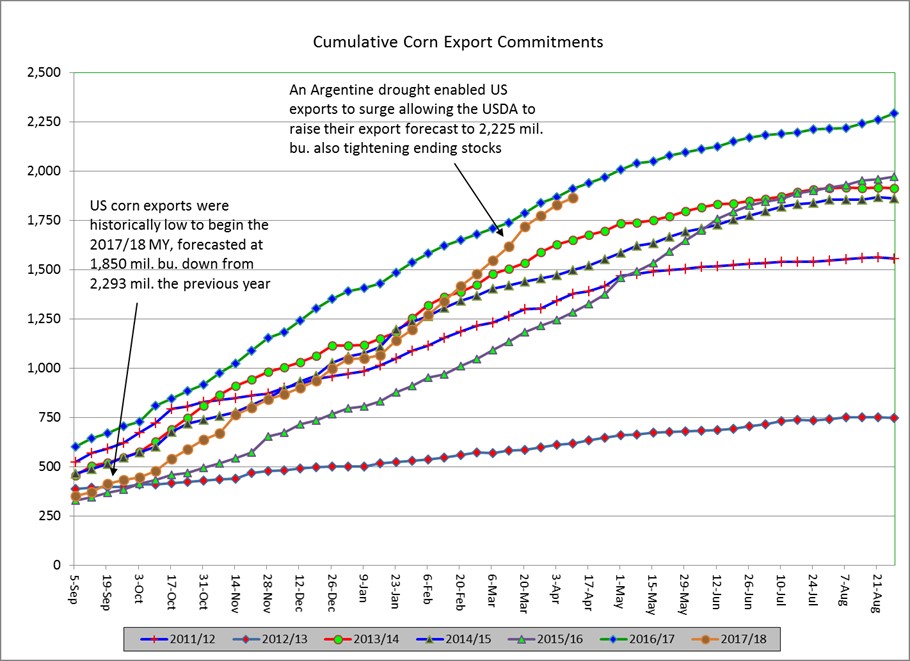 This report is issued at 3:00 CST on the first business day of the week.  The information is issued by NASS, National Agricultural Statistics Service.  The crop progress report provides an update on the stage of the development of the crop.  For instance, in spring it shows what percentage of the crop is planted in each state.  By late summer and fall it shows how much of the crop has been harvested.  The condition report attempts to illustrate the quality of the crops ranging from excellent to very poor. 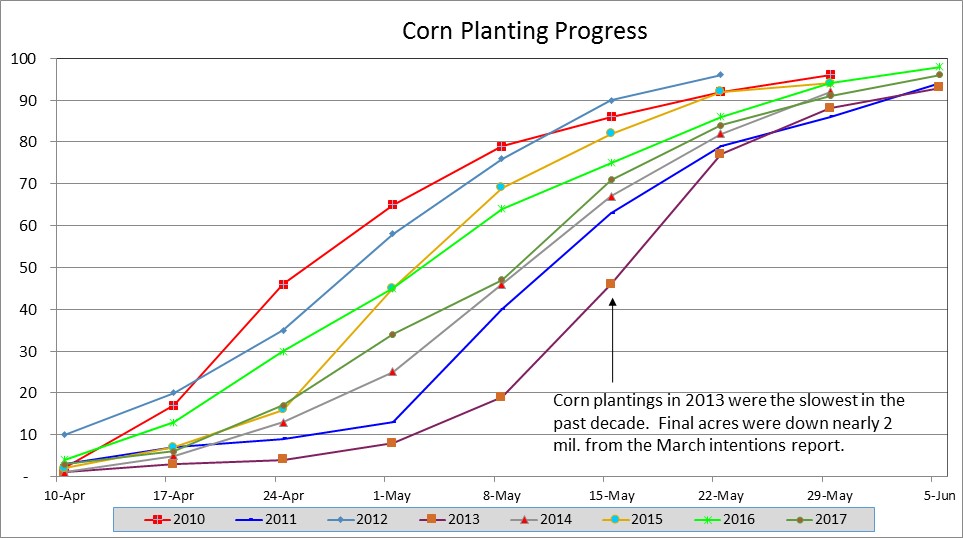 This report essentially gives the breakdown of the balance sheet with the main figures being the ending stocks number.  ( ending stocks are the amount of grain left over after all demand has been satisfied)  On one side you are showing the supply with production and imports and on the other side is the demand which is domestic use and exports. 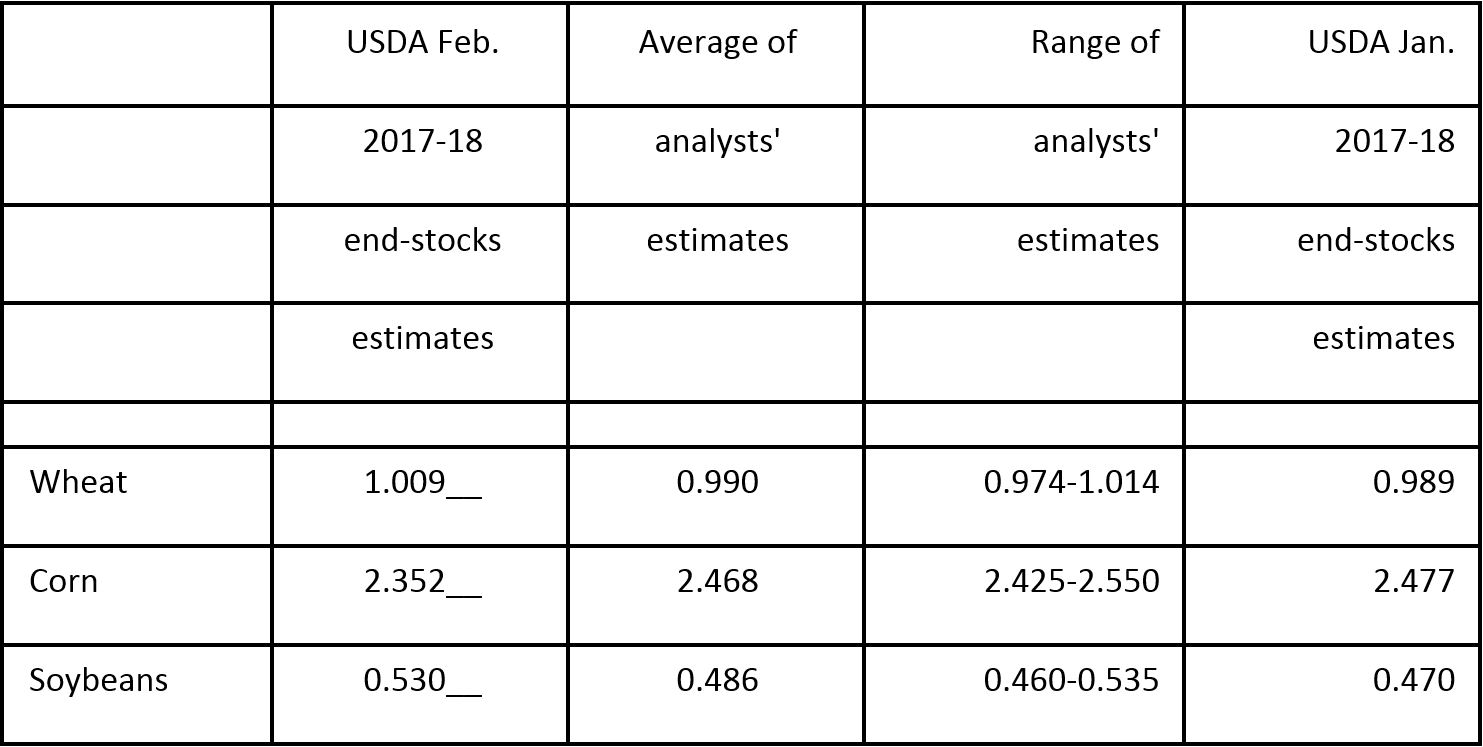 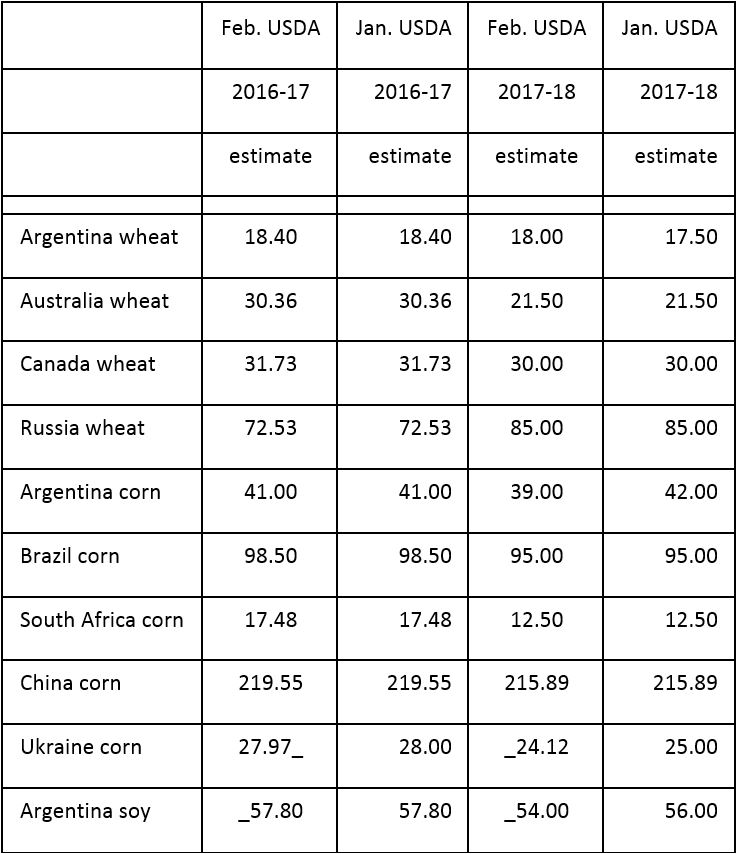 This report is based on estimates from surveys – the surveys are conducted during the first two weeks of December, March, June, and September, with separate surveys to obtain the on-farm and off-farm estimates. Producers are asked to provide the total quantities of grain on their operations as of the survey date. The information includes all grains and oilseeds stored.

The remaining quarterly USDA Reports in 2018 will be released at 11AM on June 29th and September 28th.

To receive further analysis or help with these reports, call 1-844-471-4601 to speak with an Ag Risk Specialist.